Tang Hall Community Centre received an invitation to become a local council distribution hub on the 27th March 2020. Over the weekend following, Stephen (THCC Manager) initiated the process of turning the Community Centre into a hub, following social distancing protocol. Tang Hall Big Local pitched in to support Stephen and the Centre in a huge way, with Anna taking the lead on helping establish the hub, and Kayleigh drafted in to recruit and manage the volunteers.

Over the last 11 weeks, Tang Hall Big Local has worked hand-in-hand with Tang Hall Community Centre and City of York Council, to bring in donations and deliveries of food, turn these into quality food parcels, and send out over 500 deliveries, containing an estimated 2,000 days of food for those in need in our community.

THBL Partnership Member Stephen  is acting as Hub Manager, in charge of keeping track of the  ‘bigger picture’ and corresponding with  CYC to further the council’s covid19 reaction and response.

THBL Project Lead Anna is working as a Shift Manager, helping to coordinate food parcels and deliveries inside the Hub, as well as coordinating the Tang Hall Big Local response to covid19, and using our connections locally to bring donations into the food hub.

THBL Volunteer & Events Coordinator Kayleigh is acting as Volunteer Coordinator for the Hub, recruiting, managing and supporting volunteers, ensuring procedures and paperwork are in place to safeguard our team of 67 volunteers.

Regular volunteers, a pool of 60+, include some names known to us as THBL regulars, and many new and enthusiastic faces. Partnership member Melanie has been leading our phone support branch, adopting a list of names from the community and checking in to support and help them on a weekly basis.

Initially kick started with THBL funding, chef Jim and Food Circle are cooking, twice per week, pre-prepared meals to go out to members in the Tang Hall area on our “Grub Club” list, and they were joined soon after by Steve and Choose2Youth, meaning we now help send out 240 meals per week.

The emergency food parcels which are held by the Hub have been developed over the last 11 weeks and embroidered a few times by supplies and funding from THBL pots, to ensure the standard of food parcel is one we are happy with.

It’s hard work, but rewarding, to take care of members of our community at this time of crisis. 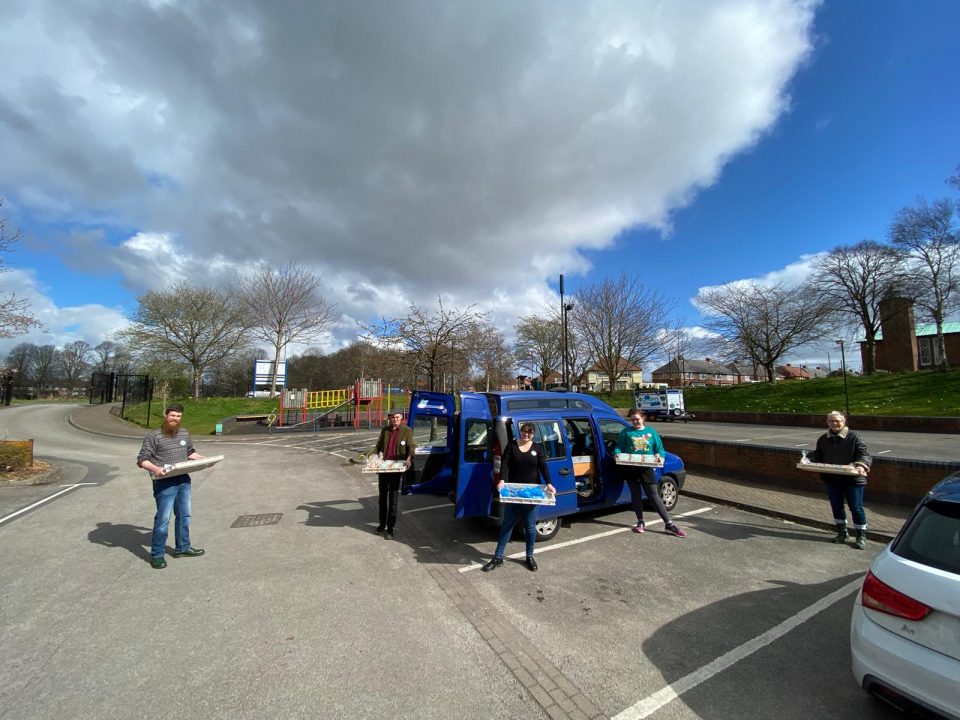